Dr D. Hassler, 52, received his PhD in 1990, has over 25 years experience in space science and instrumentation and is an international leader in several scientific fields, ranging from Planetary Science (PI of the Radiation Assessment Detector (RAD) to characterize the radiation environment on the surface of Mars on the Mars Science Laboratory) to Solar Physics and Heliophysics (selected PI of the SPICE EUV Spectrograph on the ESA/NASA Solar Orbiter mission).

IAS is a major player in space science and astrophysics research; its main objectives are the conception, design, realisation and operation of scientific experiments on board space missions, particularly those of the European Space Agency. IAS leads researches to answer key questions about the origin and evolution of the universe and its constituents, as well as the physical laws governing the universe.

The recent successes of IAS include the Planck satellite for cosmology, Mars Express and Rosetta for planetary sciences, the Corot and Kepler satellites for exoplanetology and stellar physics, and the SOHO and Stereo observatories for solar physics.

Among the major recent scientific results: the discovery of hydrated minerals on Mars (OMEGA / Mars Express), direct evidence of the presence of liquid water in the early stages of the history of this planet, the characterization of the structure inside stars and the discovery of exoplanets (CoRoT), the characterization of distant galaxies, gas in the interstellar medium and areas of shocks (Spitzer and Herschel), the complete mapping of the Cosmic Microwave Background (Planck / HFI) which allows access to early stages of evolution of the Universe, and the discovery of formation mechanisms of prebiotic organic molecules by irradiation in astrophysical environments.

IAS is involved in both the reduction and scientific analysis of data from space instruments as well as the development of future scientific instruments for future French, European and international space missions. This includes projects such as the European Space Agency’s (ESA) Rosetta, BepiColombo, ExoMars, and JUICE for planetary sciences, Solar Orbiter for solar physics, PLATO for exoplanetology and stellar physics, and Euclid for cosmology and physics of galaxies. These projects are supported by the CNES, the French space agency.

IAS is a joint research unit of CNRS and Université Paris Sud. It forms with the IDES laboratory the Observatoire des Sciences de l’Univers de l’Université Paris-Sud (OSUPS), which is responsible for the provision of observation services related to the Institut National des Sciences de Univers (INSU) of CNRS. The laboratory consists of approximately 170 personnel : 46 researchers, teacher-researchers and astronomers, 89 engineers, technicians and administrative staff, and about thirty doctoral students and post-doctoral reserachers. Research activities are structured into four teams : astrochemistry and origins, interstellar matter and cosmology, solar and stellar physics, and solar system and planetary systems. IAS has a space calibration facility, as well as an integrated data and operation center (IDOC) for space instruments operations, processing, archiving, and diffusion of data.
More information is available at: : http://www.ias.u-psud.fr 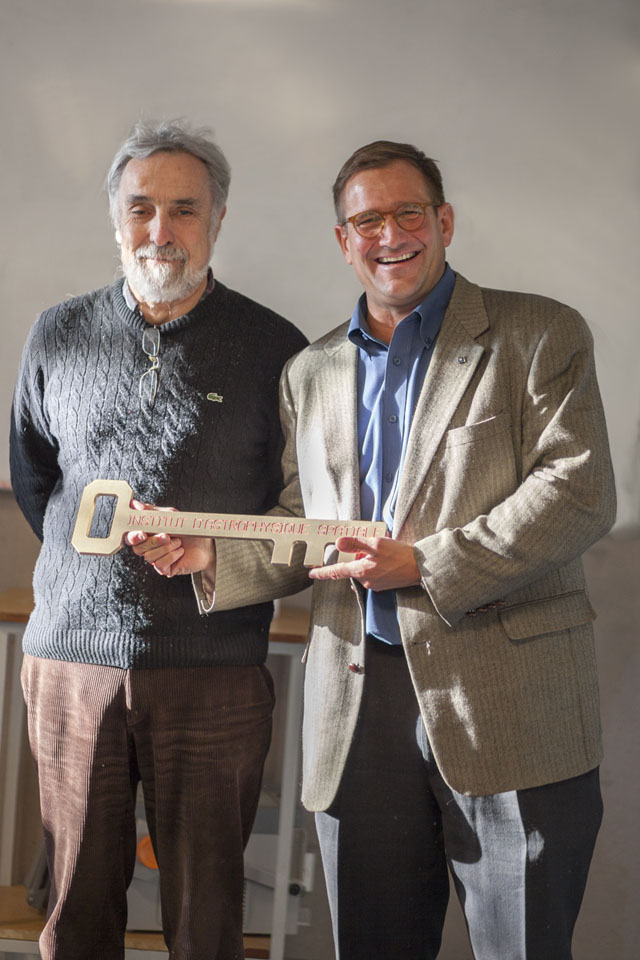