PLATO (for PLAnetary Transits and Oscillations of Stars) is to detect terrestrial exoplanets in habitable zones of solar-type stars and to characterize their bulk properties. PLATO also aims at investigating seismic activity in stars, enabling the precise characterisation of the planets’ host star, including its age. This goal will be reached by high precision, long duration, uninterrupted photometric monitoring of very large samples of stars over several years. See Figure 1. This will be performed in the wavelength range (500-1000nm). 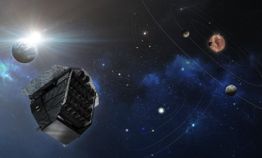 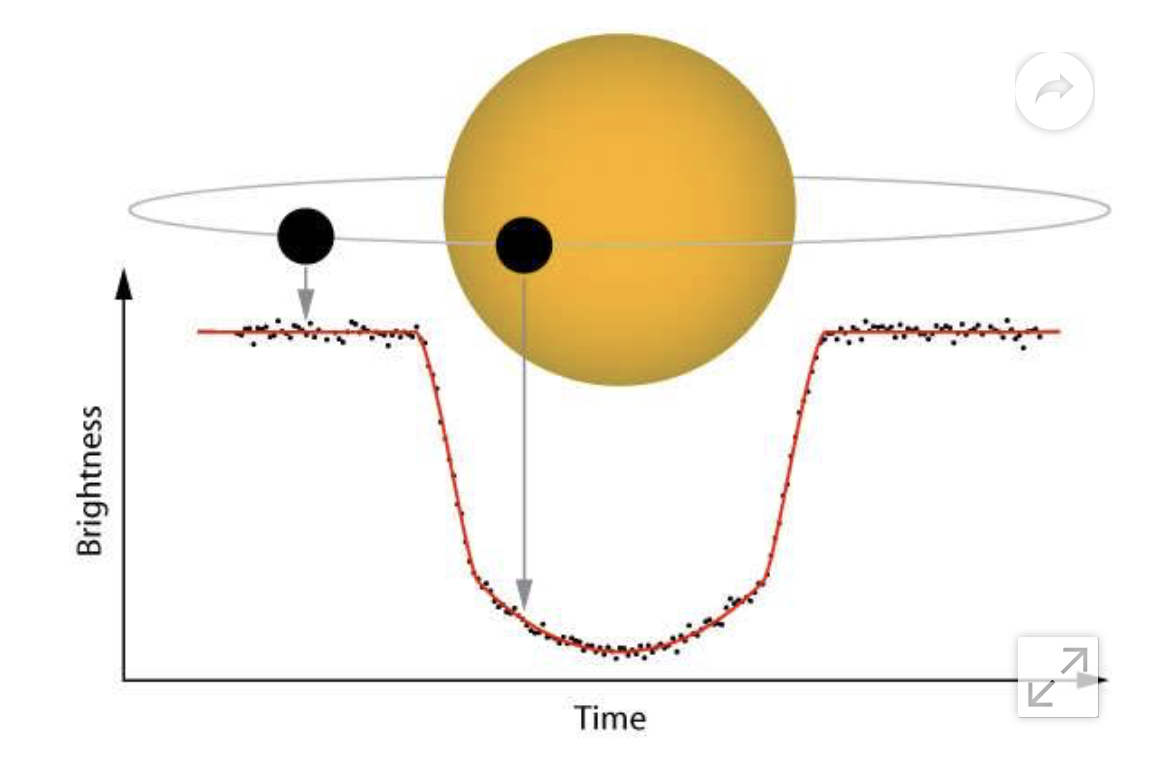 PLATO is a European mission that will be launched by Soyouz rocket from Kourou on 2026 to Lagrange point 2 (L2), 1.5 million kilometres away behind the Earth.

The spacecraft will be supplied by the prime contractor, (OHB, German), and the instrument will be supplied by PLATO Mission Consortium (PMC). The PMC consists of over twenty European countries, like German, Italy, France, Belgium, Spain, Netherlands, Swiss, Portugal...
French scientists and engineers have been the pioneers to detect the exoplanets by transit method since the space instrument CoRoT, and they continue to involve in the PLATO mission. One of the French contributions to the instrument is to take part in the camera Manufacturing Assembly Integration and Verification (MAIV) activities. IAS is one of the three Test Houses.

What distinguishes PLATO from other spatial instruments is the use of multiple identical cameras, each contributing to the pupil and the field of view of a single virtual instrument. This particular concept leads to the possibility to achieve both, a high pupil size and a very large field of view, at the same time.
The PLATO instrument is composed of 24 Normal Cameras and 2 Fast Cameras and both types of Cameras work with the same principles. The 24 “normal” cameras are arranged in 4 groups of 6 cameras. All 6 cameras of each group have exactly the same field-of-view, which covers 1037 deg^2. However, the lines of sight of the four groups are offset by an angle of 9.2°. This particular configuration allows surveying a total field of about 2232 deg^2 per pointing, with various parts of the field monitored by 24, 18, 12 or 6 cameras (see Figure 3).

The Normal cameras are designed to observe the faint stars with the magnitude less than 8, while the Fast cameras is to observe brighter stars. Fast Cameras are used also as fine pointing sensors for AOCS during the observation phases. Figure 4 shows a CAD vue of the N-CAM and F-CAM.

To reach the ultimate scientific goal, the PLATO instrument has several technical challenges. The cameras should not only achieve the specific optic requirements and but also the stringent thermal stability during the observation. The camera telescope temperature should be kept within the range of -80°C ±10°C with a knowledge of 0.01C°, and the detectors less than -65°C.

The test and calibration of cameras are important to ensure the development and the performances of the instrument. We need to characterise the camera thermal and optical performances in space environment before launch.
Three institutes in the PMC are in charge of Thermal Vacuum (TV) testing and performance calibration of PLATO cameras: IAS, SRON in the Netherlands, and INTA in Spain.
We are planning to test 1 camera Engineering Model (EM), 2 cameras Qualification Model (QM), and 26 cameras Flight Model (FM). IAS is the only institute to test the 2 cameras QM and the Fast Cameras.

At IAS, the cameras will be tested in the space simulator Saturne Chamber, a dedicated cryogenic chamber. It was used successfully in the past for the instrument ISO-Cam (2K) and HFI/Planck (4K) calibrations. The camera will be placed in the Thermal Environment Box (TEB), illuminated by a collimated beam (like a single star) and rotated by a hexapod around its entrance pupil to simulate multi-stars (see figure 5). 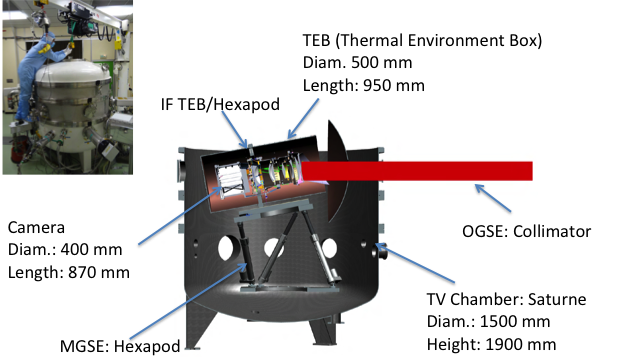