Preparing for the next big solar storm: Scientists and users plan the solar-flare forecasting system of the future

The Sun is currently in a quiet phase ; the next activity peak is is expected to happen in about five years, but in any event, a big solar-storm can strike anytime, not just at the peak of the solar cycle. Scientists and representatives of industrial sectors affected by space weather met at the Met Office to discuss how the solar-flare forecasting system FLARECAST should be designed to best serve user needs.

“It is not a question of whether a severe solar flare will occur but of when” says the project manager of the solar-flare forecasting service FLARECAST, Manolis Georgoulis. “And nobody knows how big it will be.”

We become increasingly dependent on space-based technologies. Consequently, we are vulnerable to the threats of adverse space-weather, in particular when GPS and radar and radio communications are involved. “You may be more often affected by a solar-flare than you might realize, because many times its effects are not reported” says Sophie Murray from Trinity College Dublin. There is a need not only for forecasting space weather but also for monitoring the effects of it on Earth and its space environment.

Several governments already included space-weather into their natural disaster catalogue. However, consistent mitigation plans are still lacking. A central prerequisite for such plans is a reliable forecasting system, so measures to protect human assets in space and on earth can be taken in time.

Last week, representatives of satellite operators, aviation companies, government organisations and defence agencies met with scientists from Greece, Ireland, Italy, France, Switzerland and the UK at the Met Office (the UK National Meteorological Service and a FLARECAST project partner) in Exeter. Together, they worked on the solar-flare forecasting system of the future: FLARECAST, bridging the gap between the latest scientific and technological advances and the requirements of the end users – to ensure better readiness for the next big solar-storm. IAS' involvement in FLARECAST consists in providing the computing infrastructure and the space observations data on which the system is based, in the framework of the MEDOC data and operations center (CNES/INSU/Univ. Paris-Sud). 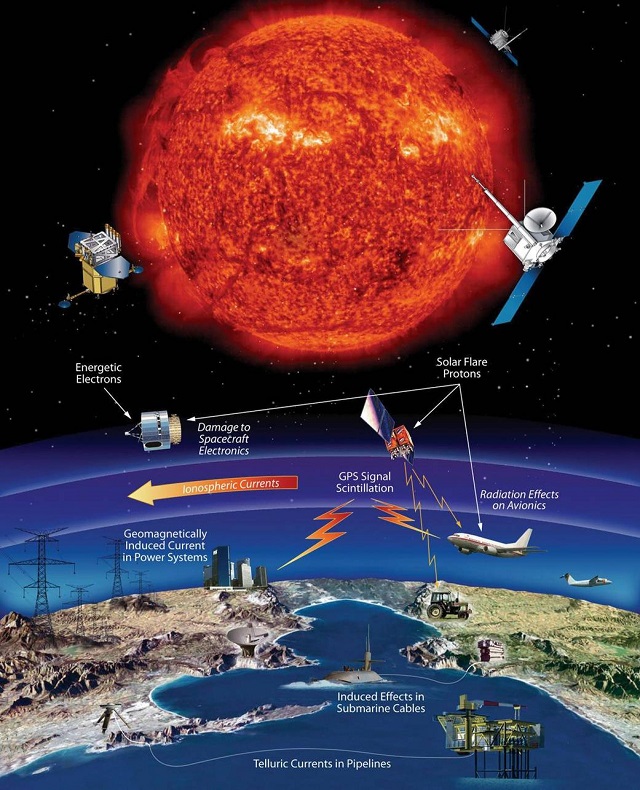 Participants to the FLARECAST users workshop.

FLARECAST has received funding from the European Union's Horizon 2020 research and innovation programme under grant agreement No. 640216. Its period of performance is January 2015 - December 2017. The project leads are Manolis K. Georgoulis, manolis.georgoulis@academyofathens.gr, and D.Shaun Bloomfield, shaun.bloomfield@northumbria.c.uk.