From comets to planetary cores: the missing link

Although there are evidences of relationships between the most primitive bodies of the solar system and differentiated planetary bodies with a metallic core, no sample has been found up to now that bears information on the onset of planetary differentiation. Researchers have recently described a volcanic rock produced by extremely limited partial melting of a parent body chemically similar to the most primitive meteorites (carbonaceous chondrites) and crystallized upon ascent toward the surface of the body. This sample proves that some carbonaceous bodies from the outer solar system are partially differentiated and is the missing link in a continuum between comets and iron meteorites from metallic planetary cores.

In the last ten years, the paleomagnetic study of primitive meteorites and progress in the isotopic characterization of planetary bodies have evidenced a link between the most primitive meteorites, the so-called carbonaceous chondrites and some differentiated planetary bodies sampled by iron meteorites. These studies suggest the existence of transitional bodies having a layered internal structure with a metal core and a silicate mantle covered by a chondritic crust made of primitive materials from the protoplanetary disk where planets formed. However, this idea received little support due to the lack of meteoritic sample recording the very beginning of partial melting during planetary differentiation.

A study has recently reported the mineralogic, petrographic and isotopic description of UH154-11, a lava fragment included in a carbonaceous chondrite from the CR group (Renazzo group). UH154-11 is a ferroan trachybasalt having an oxygen isotopic composition, which links it with another carbonaceous chondrite group, the CV chondrites (Vigarano group). Its chemistry indicates an origin by very low degree (a few percent) partial melting of a chondrite previously oxidized and enriched in sodium by fluid circulation during a previous metamorphic episode. Its texture indicates a crystallization with an extremely rapid cooling, increasing as crystallization proceeded. This property is characteristic of magmas ascending in magmatic pipes and rules out an origin by impact. UH154-11 thus results from the crystallization of a magma produced at depth around 1100°C ascending to the surface of a very primitive body. Time constraints given by magnesium isotopes and by evidence of metamorphism predating melting indicate formation about 4 million years after the collapse of the parent molecular cloud and the onset of solar system formation.

The peculiar properties of UH154-11 therefore indicate that some of the most primitive outer solar system bodies were heated to the point of initiating planetary differentiation and that partially differentiated transitional bodies existed at the beginning of solar system history. UH154-11 can be considered as the missing link between carbonaceous chondrites, to which comets are related, and some differentiated bodies such as a few iron meteorite groups coming from the metal cores of carbonaceous planetesimals having undergone a complete planetary differentiation. 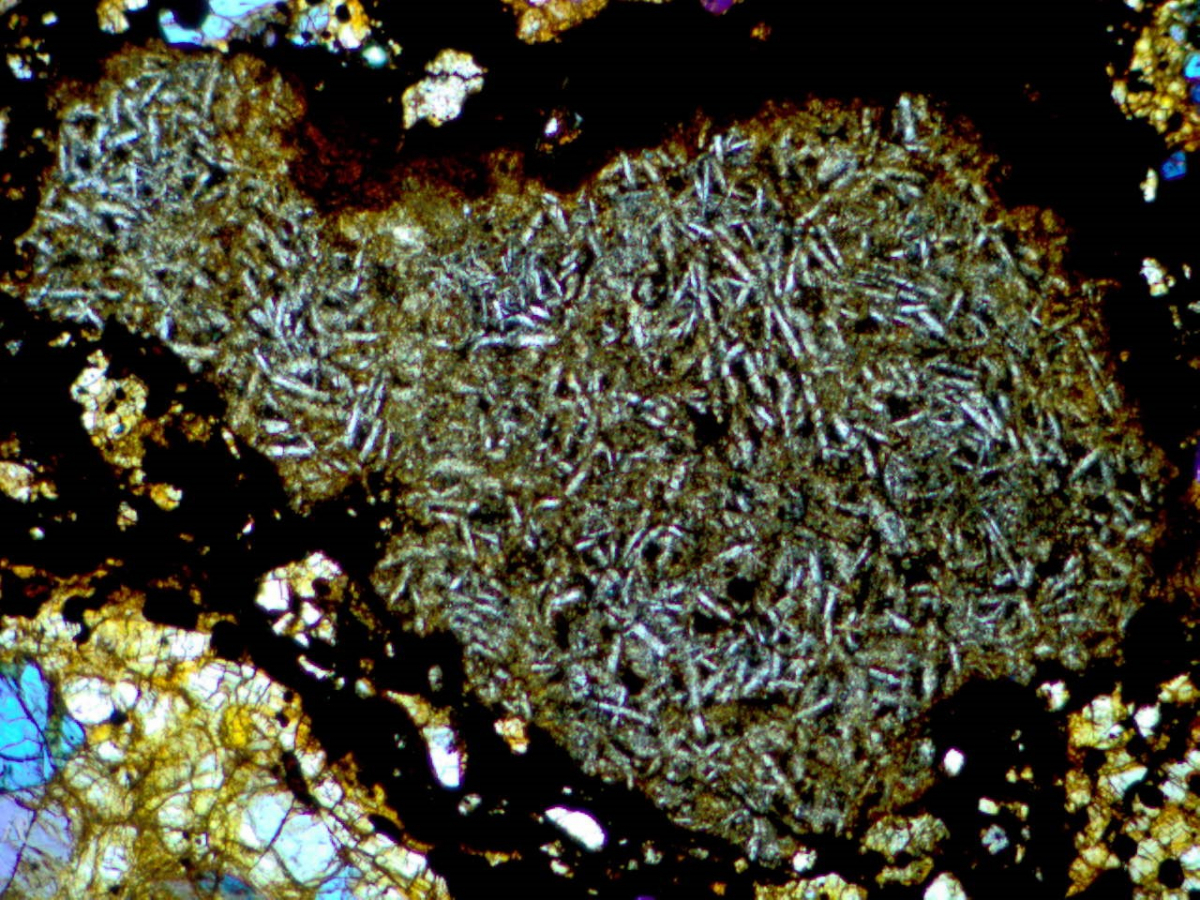 Figure 1 : Photomicrograph in polarized analyzed light of the UH154-11 fragment (1.1 mm in its longest dimension) within the El Djouf 001 meteorite. The morphology of plagioclase laths is typical of a fast cooling magma. 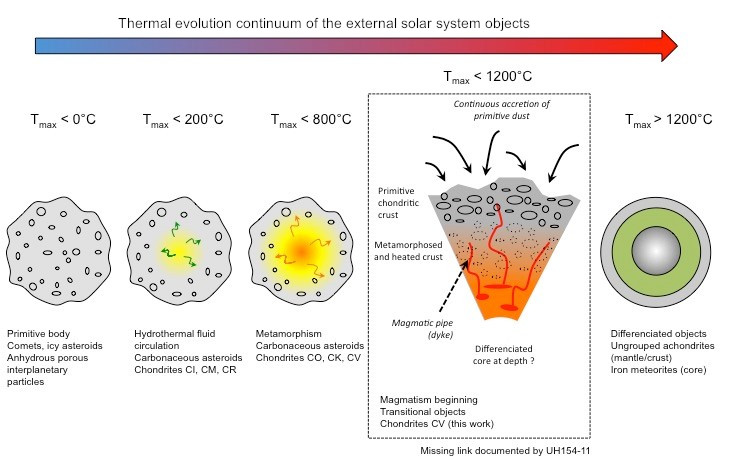 Figure 2 : Continuum of thermal evolution of outer solar system bodies and detail of the internal structure of the CV chondrite parent body, as deduced from the study of UH154-11 (adapted from the PNAS article). Outer solar system bodies probably underwent a number of geological processes varying as a function of the intensity of internal heating. Although most of these bodies kept an icy and carbonaceous surface, these processes led to a zoned internal structure potentially having a partially to completely differentiated core. UH154-11 is the missing link between objects having preserved a primitive surface and those completely differentiated.