Calibration of SIMBIO-SYS at IAS: one of the last steps before the exploration of Mercury

The flight model of the SIMBIO-SYS instrument of the ESA BEPI-COLOMBO mission has arrived at IAS last week! IAS, who has already provided the main electronics of SIMBIO-SYS, is also in charge of the calibration of the integrated instrument that will take place during this month. The mission will be launched in 2017, for an arrival at Mercury in 2024.

SIMBIO-SYS (Spectrometer and Imagers for MPO BepiColombo-Integrated Observatory SYStem) is the main instrument of the Mercury Planetary Orbiter (MPO) spacecraft of BEPI-COLOMBO, that will study planet Mercury. Including a high-resolution imager (HRIC), a stereo imaging system (STC), and a visible–near-infrared imaging spectrometer (VIHI), this suite of instruments shall deeply modify our knowledge of the composition and the geomorphology of the surface of Mercury.

The acceptance of the instrument occurred nominally, and a first electrical and functional check was successful. The activities regarding mechanical integration and alignment of the instrument on the calibration setup of IAS are ongoing, with a transfer to the thermal vacuum chamber (TVC) Jupiter in the next days, immediately followed by the start of the calibration measurements.

The preparation of this calibration required to develop a dedicated test setup implying different kinds of IAS expertise (electronics, computer software and hardware, mechanics, optics, and heat science) with the support of IAS calibration staff. The setup includes the TVC Jupiter in which SIMBIO-SYS will be turned on, an optical bench collecting calibration sources and optical elements that simulate the conditions of Mercury observations, mechanical interfaces used for positioning the three channels inside the vacuum chamber, thermal interfaces to explore the operating temperatures, computer interfaces that allow to communicate with both the instrument and the calibration elements and to synchronize the calibrations sequences with the status of the calibration device. 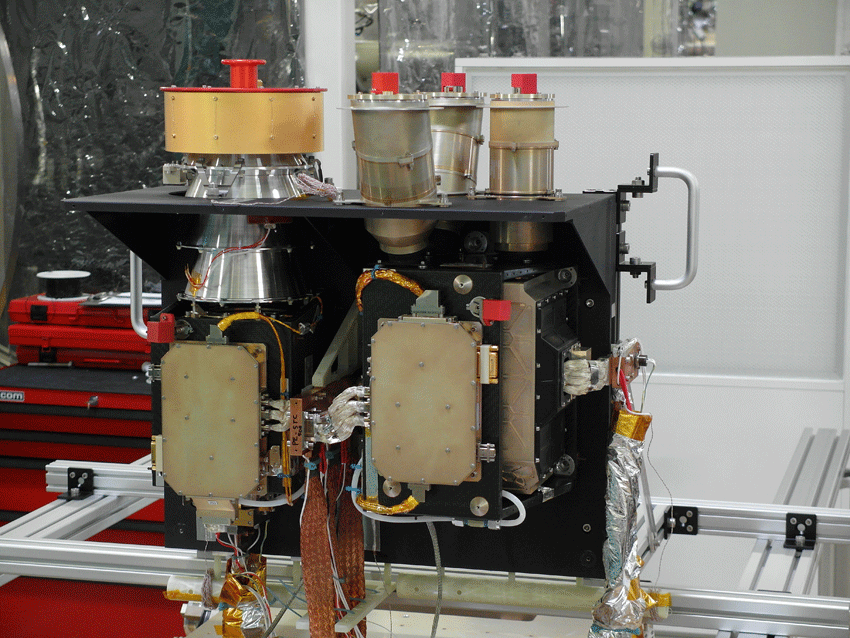 Overview of the calibration setup dedicated to SIMBIO-SYS 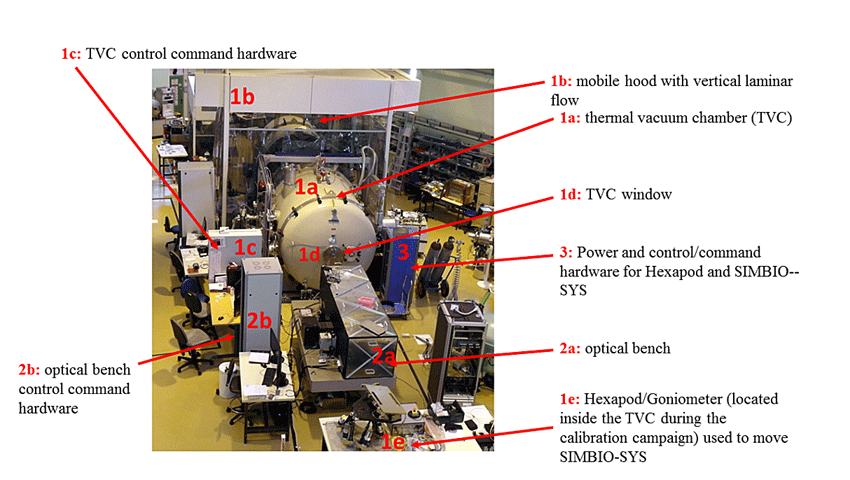