IAS has been a pioneer in the study and characterization of exoplanets using different approaches (theoretically, instrumental and observational) for 20+ years.

IAS was at the origin of the concept of "planets oceans", hypothetical objects of some masses of land formed half of ice and half of classical rocks, formed far from their star and brought back into their environment immediate by orbit migration.

The team is also a pioneering laboratory in the development of high-resolution angular techniques in IR thanks to an involvement of more than 10 years in a R&D focused on the technique of nulling interferometry. In this context, the PEGASE/PERSEE bench developed within a consortium of several laboratories and CNES is the setup that has enabled the strongest interferometric extinction in a broad spectral domain. This R&D is a first major validation of future interferometric space observatories that will be able to image planetary systems, in the infrared, with spatial resolutions comparable to those currently provided by the best telescopes visible on the ground.

IAS was involved in the CoRoT space mission (2006-2012), the first space observatory dedicated to the search for exoplanets, which allowed the detection of more than 30 exoplanets whose the first terrestrial exoplanet of density comparable to the Earth (CoRoT-7b).

Figure 1 : Light Curve of CoRoT-7b. The decreasing brightness of the star during the transit is in agreement with the presence of a planet of 1.49 terrestrial radius orbiting around its star with a period of 20.48 hours

IAS is also involved in the preparation of the Plato space mission (ESA M3 mission) and is in charge of the optical design and thermal/mechanical system of AIRS, which is the main instrument of the ARIEL mission (ESA/M4 mission). ARIEL will perform spectroscopic observations of several hundred atmospheres of exoplanets of various sizes. 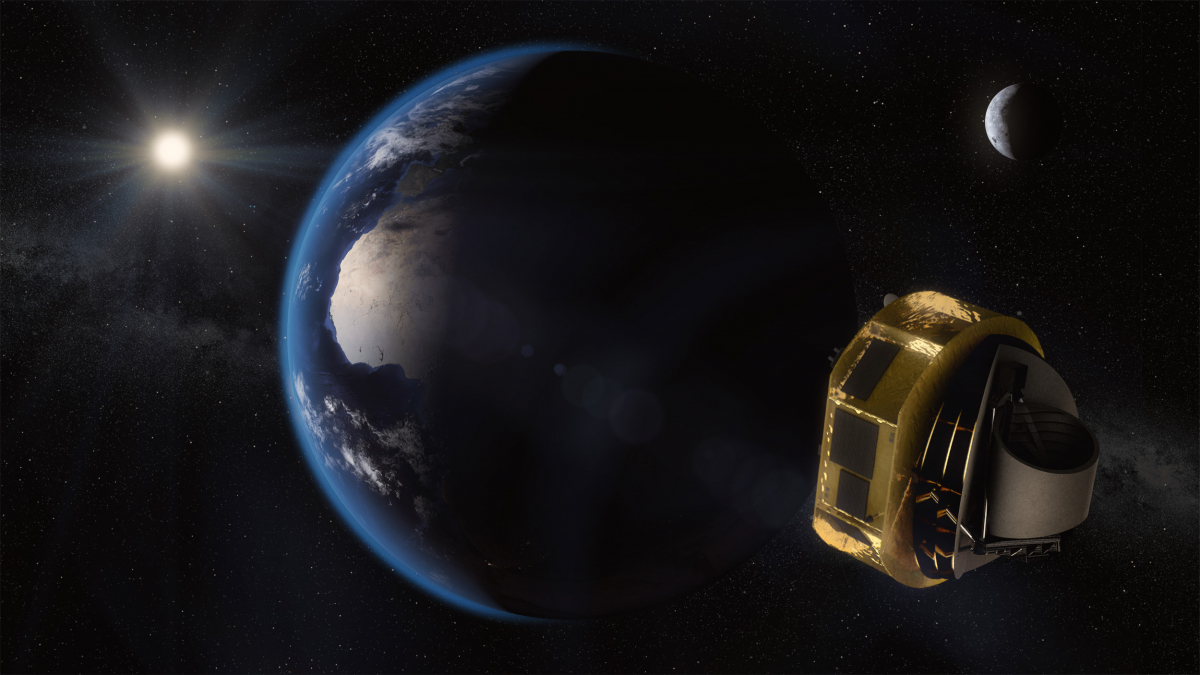