Yves Langevin, Research Director Emeritus of Outstanding Class, has been awarded the Runcorn-Florensky Medal from EGU (European Geosciences Union). This medal is awarded to scientists for their outstanding contribution to planetology. It has been given four times only over the past 15 years. 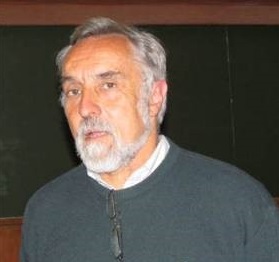 Yves Langevin joined CNRS in 1979 after having completed his thesis in 1978. He then became a research director in 1988. His involvement in planetary space missions since the 1980s is considerable, as he has been involved in many instruments that have revolutionized our knowledge of the Solar System (VEGA missions, PHOBOS, Mars Express, Cassini, Rosetta). He is also very much involved in the preparation of future missions (Co-PI of BepiColombo/SIMBIO-SYS and PI of JUICE/MAJIS). His role in the community has also been major, as director of IAS, OSUPS, and PNP, and president of section 17 and CPCN of CNRS, of CNES GTSS, and ESA SSEWG).