The Solar Orbiter probe will bring new views of the Sun. This mission is operated by ESA with a contribution from NASA and is complementary to the Parker Solar Probe, an American mission launched in August 2018. France is strongly involved in this mission to the Sun.

The European Space Agency's (ESA) Solar Orbiter mission took off in the night of Sunday to Monday (9th-10th February) from the Kennedy Space Center in Florida. The first crucial hours of the mission, which included the first communication signals, first orders and deployment of solar panels were nominal.

The goals of Solar Orbiter: explore how the Sun’s activity is generated in order to understand how our star affects the heliosphere, this magnetic bubble of the solar system in which the solar wind flows, and learn more about Sun-Earth connections.

10 instruments in a space probe closest to our star
The probe was launched by an Atlas V 411 rocket from United Launch Alliance, supplied by NASA. In order to explore the vicinity of the Sun, the spacecraft will use the gravity of Venus and the Earth several times during its space travel. This will also allow the plane of its orbit to be tilted from 25° to 33° relative to the plane of the ecliptic. The probe will thus offer a new view on our star and will provide the first images of the polar regions of the Sun. This will allow us to better understand the origin of solar wind and the evolution of internal magnetic fields at these latitudes. These maneuvers will also allow the satellite to take the first images of the Sun from inside Mercury's orbit. At these distances, less than a third of the Sun-Earth distance (with a minimum distance of 60 solar radii), the probe will be able to follow regions of the Sun for longer durations than seen from Earth. This will allow better observations of the origin of the solar wind, particles, and the evolution of regions of high solar activity.

The satellite, the size of a van, carries 209 kg of payload consisting in four instruments measuring the plasma of the solar wind around the spacecraft (“in-situ” measurements) and six telescopes that will analyze the light emitted by the Sun (remote-sensing measurements). The specificity of the mission thus resides in the combination of these two types of measurements to understand how the Sun controls the heliosphere, the magnetic envelope of the solar system, and how it impacts planets, in particular the Earth.

The stakes of the mission
There are many mysteries to be solved, from the origin of the solar wind that fills space, to the generation and variability of the magnetic field of our star. This variability is expressed partly by the long-term solar activity cycle of about 11 years. Its understanding lies in how  the magnetic field is generated and behaves in the inner layers of the Sun. On the other hand, the magnetic field evolves also on a shorter time scale, such as solar flares, which can send energetic particles and magnetized clouds in the interplanetary medium. These events may affect technologies used on Earth like the GPS. The Solar Orbiter mission, by scanning the Sun and the solar wind in its smallest details, will allow us to understand the variations of the heliosphere and their effects on the terrestrial environment.

Solar Orbiter will also play a crucial role in NASA's Parker Solar Probe mission. This probe was launched in August 2018 and will repeatedly graze the Sun's atmosphere, the corona, to analyze the plasma as close as possible (up to 9 solar radii from its surface). However, unlike Solar Orbiter, it will not be able to take images. Thanks to the fields of view of its telescopes, Solar Orbiter will therefore help provide context images for the space environment in which Parker Solar Probe collects data. Solar Orbiter will also make additional observations to those made from Earth, or from other locations in the solar system, such as the ESA and JAXA Bepi-Colombo mission currently on its way to Mercury.

The Institut d'Astrophysique Spatiale (IAS) is responsible for the operations of the SPICE spectrograph, which will allow us, among other things, to obtain the density, temperature, speed and chemical composition of the solar atmosphere. IAS is co-scientific principal investigator of the EUI (Extreme Ultraviolet Imager) imaging telescope, for which it designed the large field filter and provided, in collaboration with the Institut d'Optique (Palaiseau), optics and the filter wheel. IAS is also lead co-I of the PHI instrument (Polarimetric & Helioseismic Imager) for which it produced the Filtergraph accompanied by its high voltage power supply. PHI will measure the magnetic field and the radial velocities at the surface of the Sun and will probe its interior using helioseismology.

Vidéo of the cameras on board the rocket 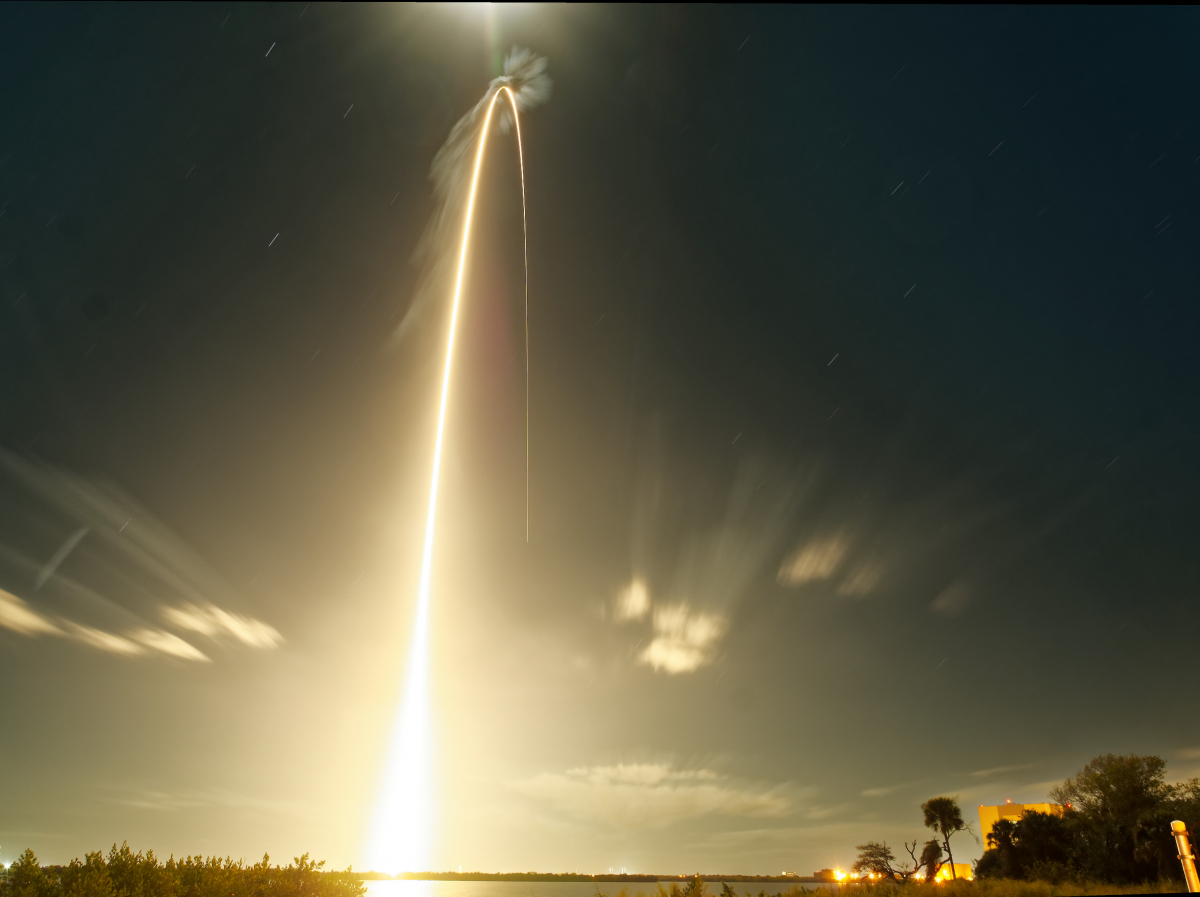 Launch of Solar Orbiter on board an Atlas V rocket from the Kennedy Space Center in Florida.
© T.Appourchaux, 2020