Success! The CIVA cameras onboard the Philae lander of the Rosetta spacecraft have awoken

After a ten-year-long interplanetary journey, Rosetta finally approaches its final destination, the nucleus of the comet Churyumov-Gerasimenko, on which the Philae module will land in November. The CIVA imaging system, designed to obtain a stereoscopic panoramic view of the surface of the comet after the landing of Philae, has just been turned on successfully, after years of hibernation, at a distance of more than 600 million km from the Sun.

The CIVA (Comet nucleus Infrared and Visible Analyzer) instrument, especially with its system of 5 panoramic and 2 stereoscopic cameras, is under the responsibility of the Institut d'Astrophysique Spatiale (Principal Investigator : Jean-Pierre Bibring). 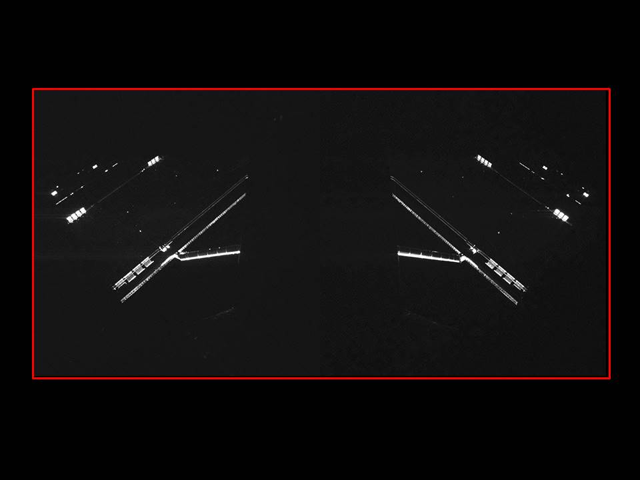 Pictures of the reverse side of the left and right solar panels of Rosetta, as seen by CIVA from Philae, taken the night April 14—15. The release of Philae is scheduled for November 2014. The CIVA imaging system will then carry out a full panoramic survey of the cometary nucleus at Philae's landing site. Currently between Mars and Jupiter, Rosetta receives 16 times less light from the Sun than we do on Earth.