Start of the validation tests for the PLATO camera calibration

The PLATO project at IAS has reached a new stage in the development of the flight camera calibration structure. Indeed, after an intense phase of studies, development, and tuning of the integration and validation activities, the validation tests of the cryogenic and vacuum elements around and inside the Saturn tank are starting this week. All the infrastructures and the control/command for this cryogenic test have been realized under the responsibility of the calibration station team.

This crucial first phase should prove that the IAS meets the requirements of the PLATO project to calibrate more than 9 flight model (FM) cameras, plus the first engineering model (EM) camera. These first tests also incorporate temperature measurements on the camera flange as well as displacements of the camera element in cold conditions, thanks to an hexapod.

The tests are carried out through the EGSE (control/command) of the cameras, which was developed in Python by the project team, in close collaboration with the two other calibration sites, SRON (Netherlands) and INTA (Spain). These three sites will share the 26 flight cameras that will be integrated on the satellite platform, for a launch planned in December 2026.

The program of calibrations and presentations of the different phases can be followed on the dedicated YouTube channel: PLATO@IAS 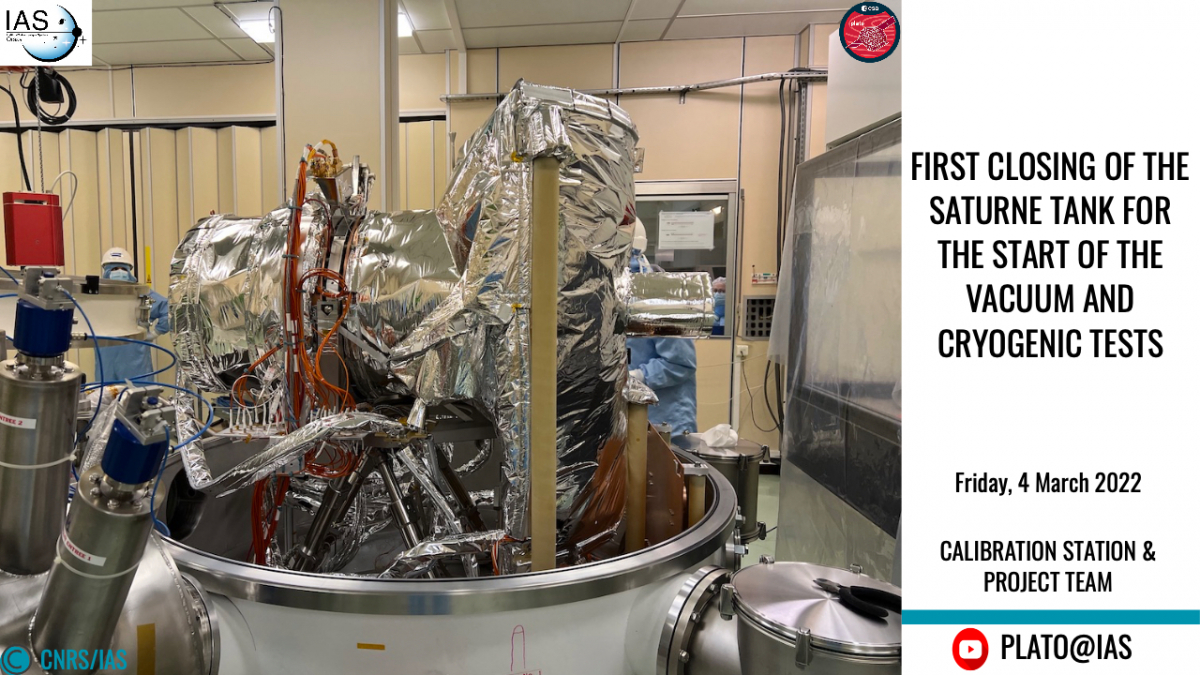