The SPICE instrument on board ESA's Solar Orbiter mission has successfully obtained its first measurements of the Sun on April 21, 2020. This is a major step for the instrument and for the mission, which was launched on February 10, 2020 and is currently on its way to study the Sun closely.

The instrument was switched on by the SPICE team at RAL Space (United Kingdom) on February 24. Over a period of four weeks, all the mechanisms have been tested, high voltage turned on for the detectors, and finally the detector door and two external doors opened.

It is then, on April 21st, that the SPICE telescope was flooded by sunlight for the first time, allowing the first measurements of the extreme ultraviolet spectra of our star.

Full spectra in the two wavelength bands of SPICE were obtained,. All four slits and different exposure times were used to check the full range of SPICE capabilities.

The spectral lines are emitted by ions of different elements (Hydrogen, Carbon, Oxygen, Neon, Sulphur, Magnesium and Iron) and will provide information about temperatures, densities, velocities, and composition of plasma in the low solar atmosphere.

According to Dr. Fludra, of RAL Space and SPICE instrument consortium lead, SPICE works as expected – a great success for the entire international team led by RAL Space."

SPICE is one of the 10 instruments on board the ESA Solar Orbiter mission, which will help us understand how the activity of our star is modified according to its cycles, and the changes this brings on the solar wind, this flow of charged particles ejected from the Sun and traveling through the solar system. The IAS team has provided the SPICE grating assembly and is responsible for instrument operations. 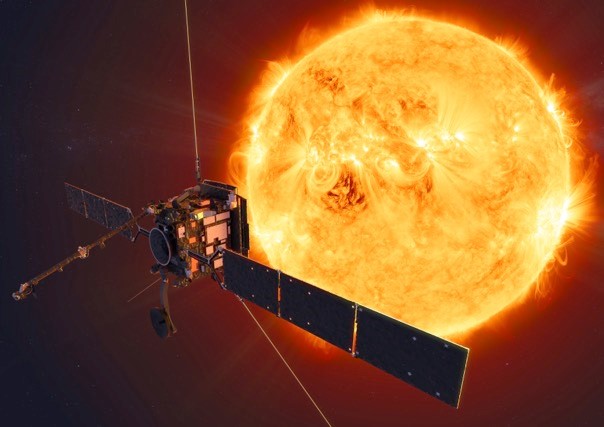