The European Space Agency's programme committee has just selected the ARIEL mission as the 4th intermediate class mission (budget 450 million euros) of the "Cosmic Vision" programme. ARIEL will be launched from the Kourou base in Guyana in May 2028 and will be placed in orbit at Lagrange L2, located 1.5 million kilometres from Earth. ARIEL is a space telescope that will systematically probe the atmospheres of a thousand extrasolar planets, from gas giants to rocky planets, whether hot or temperate around stars of different types. ARIEL will measure the composition and structure of planetary atmospheres, constrain the nature of planetary cores, detect the presence of clouds and study interactions with the host star.

Jean-Philippe Beaulieu comments "ARIEL is the key to deciphering the properties of other worlds' atmospheres!"

Call for proposals for missions launched by ESA in August 2014;

Pre-selection in June 2015 of 3 of the 27 missions proposed for detailed concept studies;

Evaluation of the results of the studies by a committee of experts and recommendation of a mission in November 2017;

Formal vote of the ESA Programme Committee and public announcement on 20 March 2018.

Pierre Drossart recalls: "The ARIEL mission study was conducted on the basis of the candidate EChO project for the ESA M3 Mission in 2014. The evolution of research on exoplanets today clearly places spectroscopy as a major challenge of the next decade in the study of their atmospheres.

The ARIEL mission was proposed by a consortium of more than 60 institutes in 15 European countries. Scientific and technical coordination is provided by the United Kingdom. A contribution from the United States is currently under consideration. ARIEL will consist of a telescope about one meter in diameter to collect visible and infrared light from stars around which an exoplanet orbits. A spectrometer will spread this light in a'rainbow' and, when the exoplanet passes in front of its star, the spectrum obtained will present absorption bands of light from the star by the molecules in the atmosphere of the exoplanet.


Marc Ollivier insists: "observation is particularly delicate, because information about the planet must be dissociated from the light of the star itself, 1000 to 100,000 times brighter than the planet. The ultimate performance is obtained thanks to the intrinsic photometric stability of the instrument and a very rigorous knowledge of its operation.

ARIEL takes its source in works of the last 10 years. In 2007, water vapour, carbon dioxide and carbon monoxide are detected in the atmosphere of the hot Jupiter HD189733b thanks to the Spitzer and Hubble satellites. Initial results have highlighted the difficulty of measurement and the immense diversity of exoplanetary atmospheres. To obtain such difficult measurements on a large number of planets, it is necessary to have dedicated and optimized instruments. A group of scientists therefore began studies in 2008. From 2015, drawing on the accumulated expertise, teams from five French laboratories (IAP, DAp/AIM, IAS, LESIA, LAB) took a very important part in the ARIEL studies. The interventions in the development of the scientific proposal, the mission scenario and the feasibility studies of the infrared spectrometer, at the heart of the satellite, were decisive. This led the French teams to take responsibility for the design and supply of the infrared spectrometer.  The latter will be built, under the supervision of CNES, by CEA-Irfu with significant contributions from IAS and LESIA.

"Ariel is the logical continuation of the exoplanet observation programs that we will conduct with the JWST. ARIEL's statistical approach is crucial; it is very gratifying that Europe can be the leading actor in this new page which is opening up in the history of the study of exoplanets" concludes Pierre-Olivier Lagage. 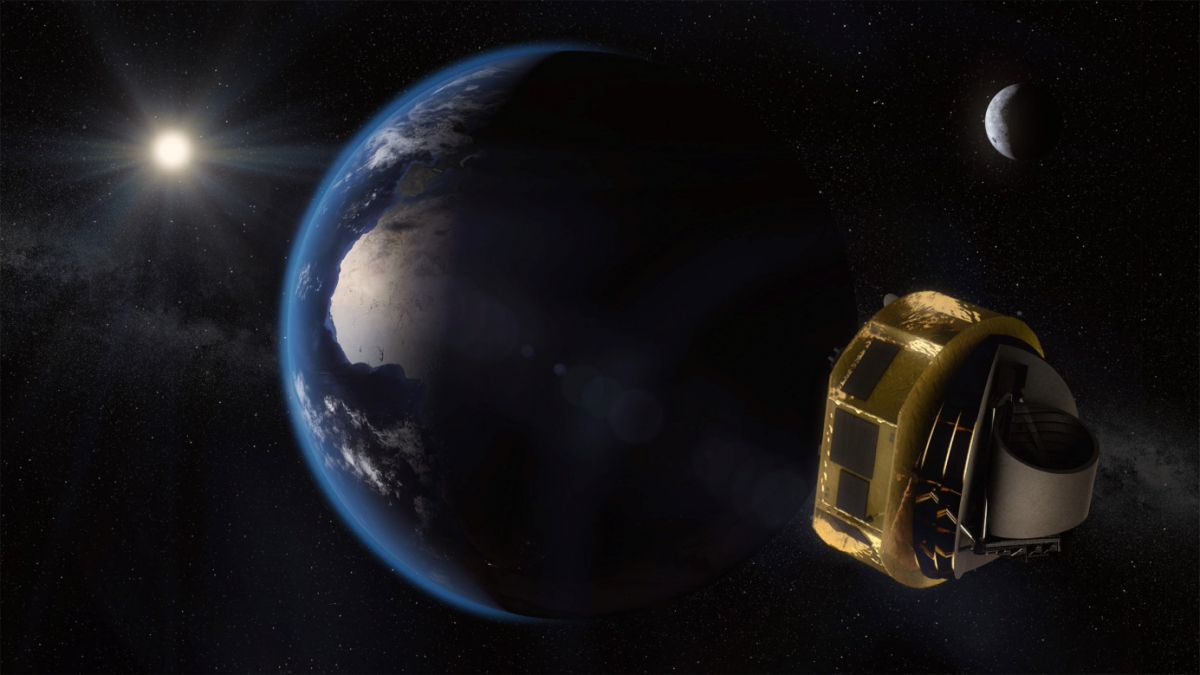 Artist's representation of the ARIEL satellite on the way to its final destination: an orbit around the L2 Lagrange point. 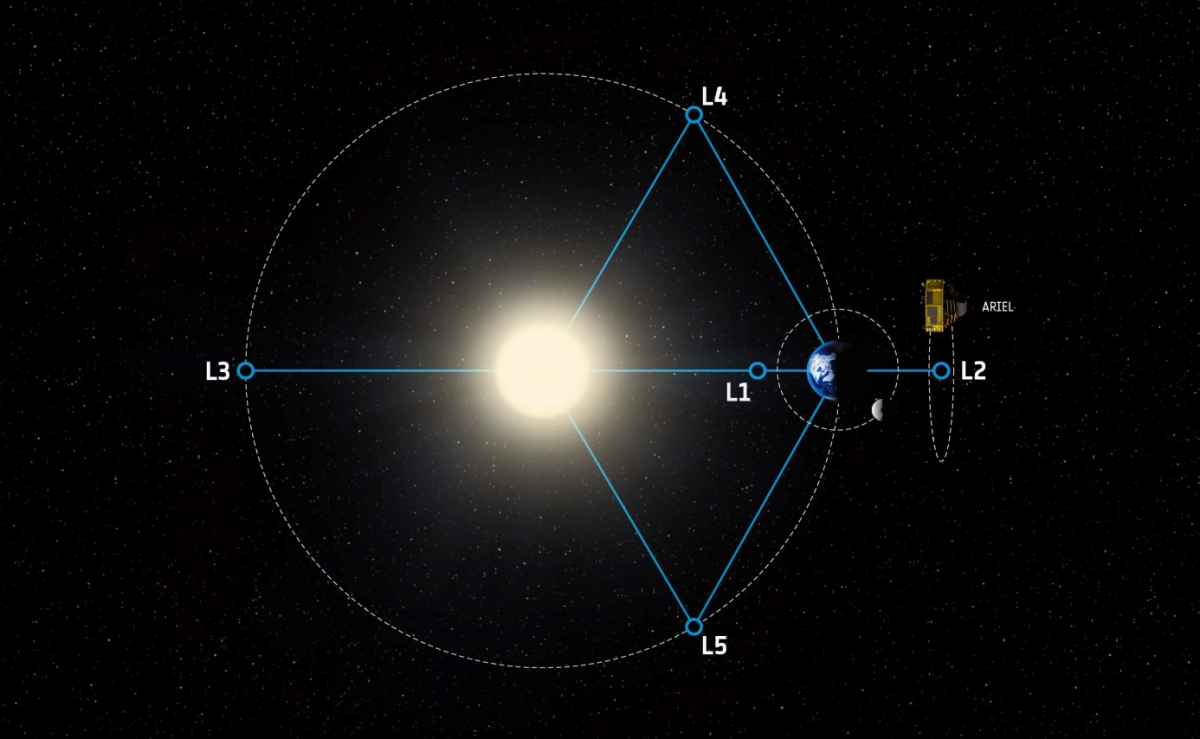 ARIEL will be in orbit around the L2 Lagrange point, at 1.5 million kilometers from Earth. This point moves around the Sun synchronously with the Earth.