A possible prebiotic route for the formation of ribose: a natural formose type reaction

The MICMOC experiment that started in 2003 at IAS and whose goal is to understand the link between astrochemistry and astrobiology, just came across through a major and surprising result: the prebiotic formation of the sugar molecule ribose, a key molecule toward the formation of RNA, the nucleic acid containing the first genetic material of living beings.

Prebiotic chemistry is a peculiar chemistry in its own right: contrary to synthetic chemistry performed by a chemist in a laboratory, prebiotic chemistry must develop via the use of non-directed methods, simulations that take into account plausible natural conditions leading to the formation and evolution of so-called prebiotic molecules. For more than 10 years, the MICMOC experiment (Figure 1) from the “Astrochimie et Origines” team at IAS, with a focused collaboration with the Institut de Chimie de Nice, is studying the photochemistry and thermochemistry of laboratory ices, analogues of interstellar and cometary ices, whose composition is reasonably known from astronomical observations. Prebiotic molecules such as numerous amino acids have been detected in the past few years in the organic residues left after the sublimation of the ices, and they have been recovered at room temperature under vacuum.

Very recently, two important molecules were detected in these residues: glycolaldehyde (with 2 carbon atoms), a precursor of the sugars, and, more significantly, glyceraldehyde (with 3 carbon atoms), the first sugar molecule belonging to the oses family. These results have allowed to seriously address the prebiotic significance of the simulations performed at IAS. Indeed, in the same simulation, the presence of amino acids, precursors of proteins (actors of metabolism) and the presence of two sugars implied in the formation of the aldopentose ribose (precursor of the genetic material) raises questions about the impact of these materials on the prebiotic chemistry on the surface of a telluric planet such as the Earth in its primitive epoch.

A new step, even more significant, has just been passed, following exactly the same experimental protocol involving interstellar ices simulations: the detection of ribose (Figure 2), a molecule used in the skeleton of ARN, as well as the detection of a whole family of related sugars of similar structure. This detection has been performed at the Institut de Chimie de Nice, using the very sensitive and separative technique of bi-dimensional gas phase chromatography, coupled to time of flight mass spectrometry. The samples, produced at IAS from the MICMOC experiment (Figure 3) using a laboratory astrophysics approach, have been safely kept under an argon atmosphere and sent to Nice for analyses.

We have here the first really prebiotic synthesis of ribose, bearing in mind that this molecule has been simply looked for in the samples and not synthetized on purpose by the chemist. As in Stanley Miller’s experiment (1953), the scientist has done nothing but elaborating a plausible operational protocol, and molecular synthesis has followed a totally natural route, thus, by definition, a prebiotic one. However, another important characteristic of this result goes much further than the synthesis of ribose. Indeed, the molecular diversity of the produced sugars together with their absolute abundances suggest the presence of a rather singular chemical reaction which occurs in a non-directed and thus natural way, a reaction known as the “formose reaction”. This chemical reaction first described by the Russian chemist Aleksandr Butlerov is well known in the community of prebiotic chemists, who have for a long time searched, without success, such a formation route for natural sugars. Actually, in the route followed by Butlerov, the formose reaction needs a strong base catalyst and a precise operational mode which in themselves do not qualify them as prebiotic processes. On the contrary, the observed formose reaction in these laboratory ices may be due to the polymerization of formaldehyde freed from the ices during their sublimation, when the sample is heated up to room temperature. This polymerization, using the presence of glycolaldehyde and glyceraldehyde, do produce an autocatalytic reaction, leading to a cascade of products, including ribose. No need for a base catalyst here, as the presence of solvated electrons that are labile in the ice acting as a possible catalyst. The observed reaction also differs from Butlerov’s original one, in that it produces much larger quantities of ribose than the classical formose process.

Finally, the presence of other aldopentoses such as arabinose, threose and lyxose but also the presence of glyceraldehyde show the wide range of choices available to prebiotic chemistry before (or in parallel to) the synthesis of RNA, which would be the precursor of genetic material in the “RNA world” hypothesis formulated by Walter Gilbert thirty years ago. These sugars could well lead to the formation of a variety of nucleic acids different from RNA, the only one used in the modern life as we know it, for reasons which remain to be understood. 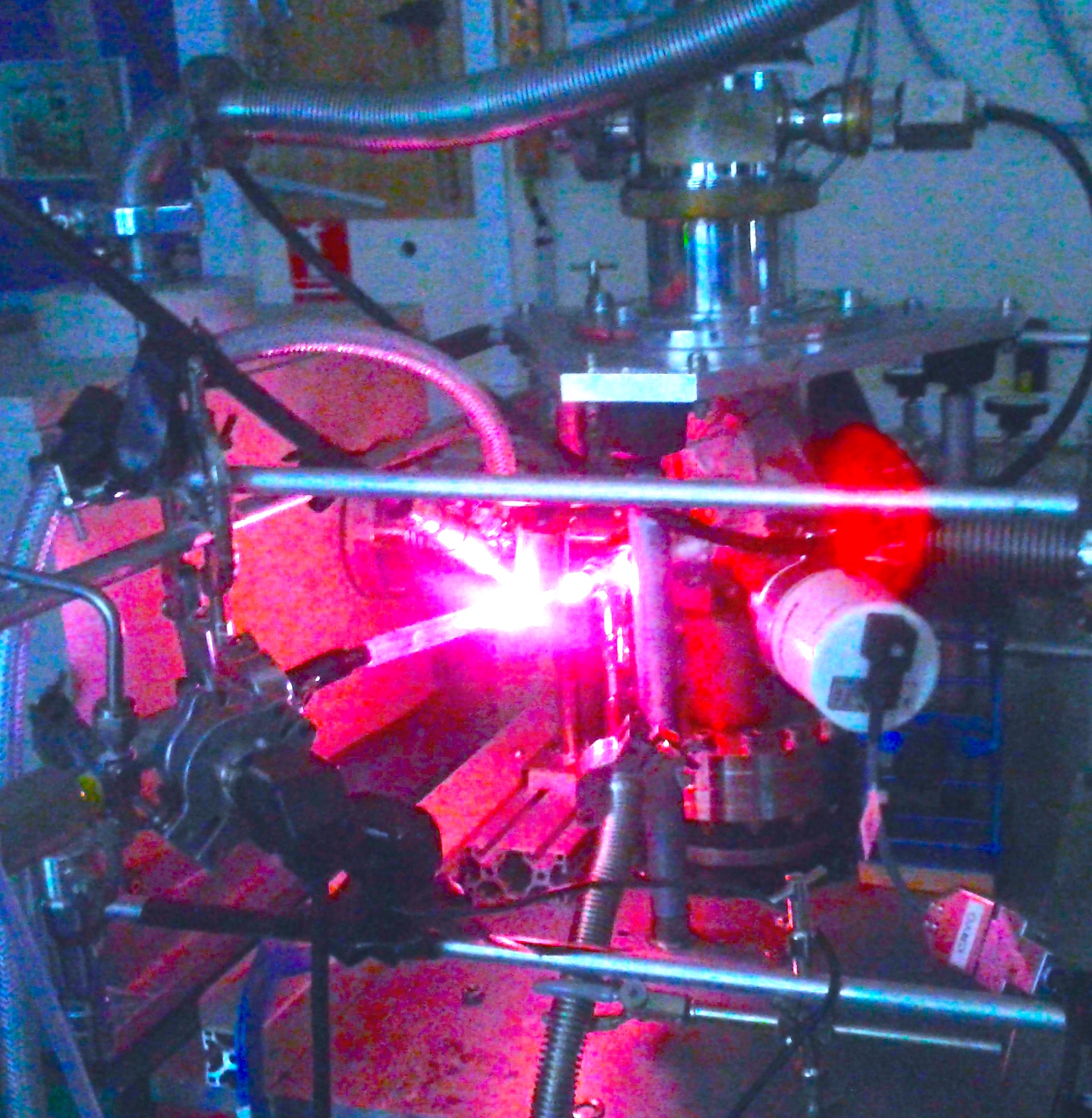 Figure 1: A picture of the MICMOC experiment mounted at IAS.  The vertical cryostat (center) allows the deposition of a gas mixture on a liquid nitrogen cooled window. This allows for the formation of an ice layer on the window. An H2 plasma device provides a strong ultraviolet photon flux that generates, inside the ice, a complex organic chemistry. Heating of the sample to room temperature at the end of the experiment leads to the formation of  an organic residue, carefully extracted, kept under argon and analyzed at the Institut de Chimie de Nice. 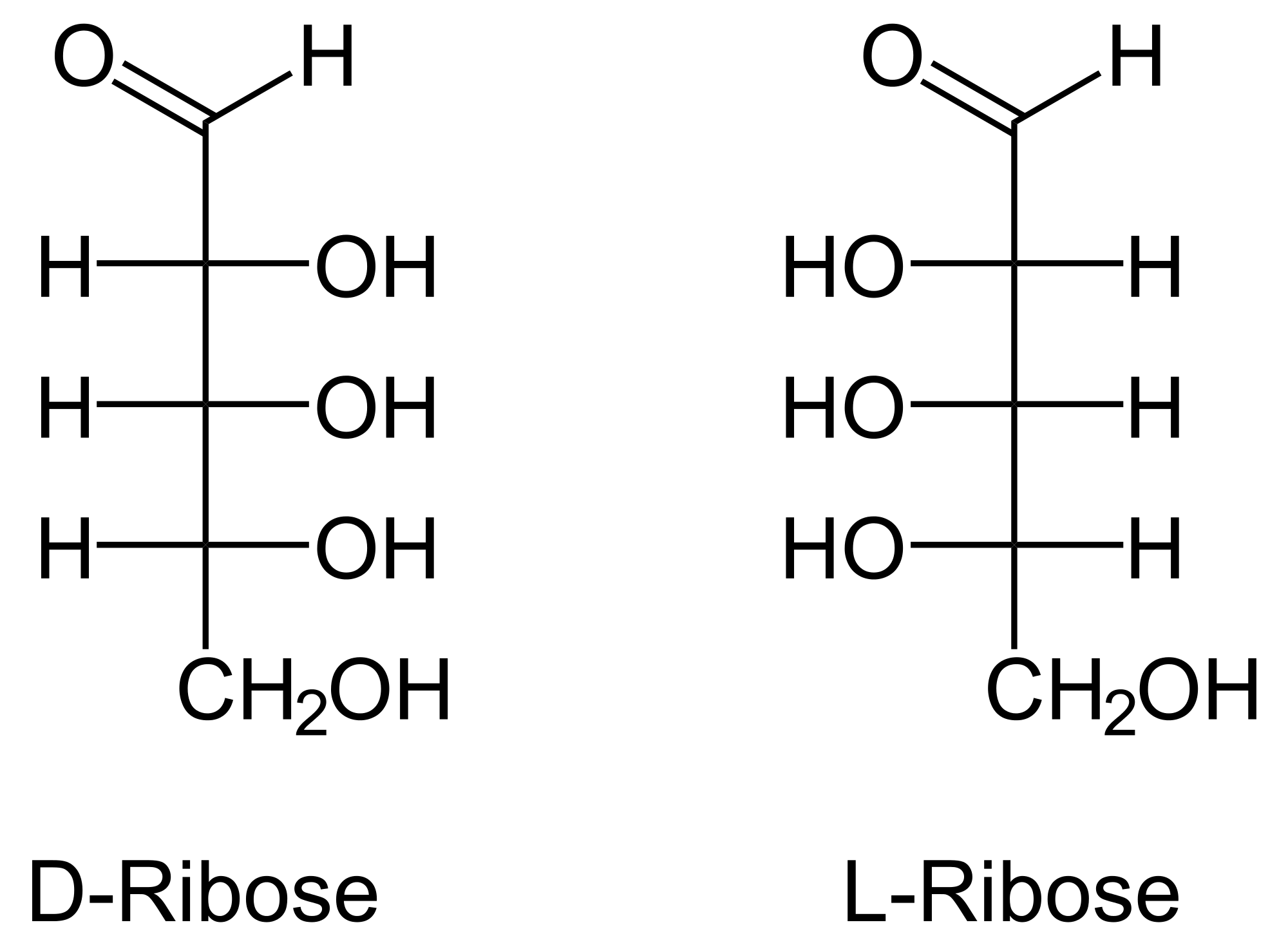 Figure 2: Representation of the D-ribose molecule. Since ribose is a chiral molecule it exists under two enantiomeric forms right (D) and left (L).

The abiotic synthesis in MICMOC produces a racemic mixture of ribose (D=L). 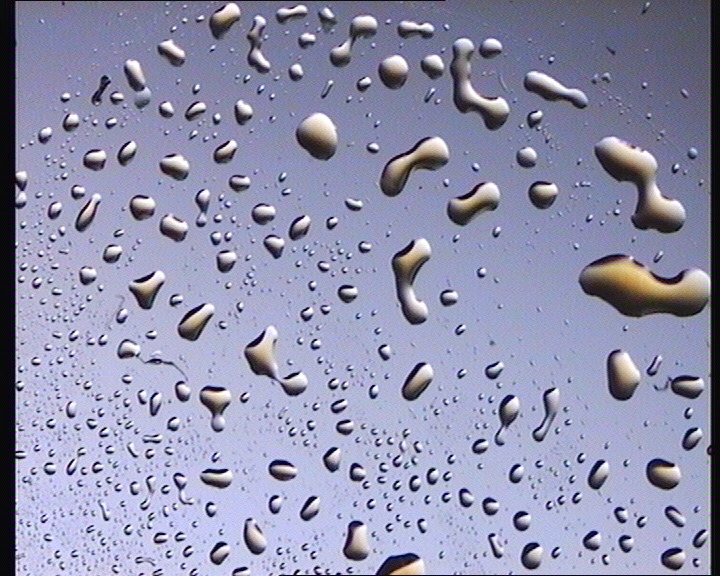 Figure 3: Organic residues produced in the MICMOC set-up, seen on the window through a visible microscope.