OSIRIS-REx has collected samples from the surface of asteroid Bennu!

On October 21st, 2020, the OSIRIS-REx spacecraft succeeded in touching asteroid Bennu to collect samples from the surface. Launched in September 2016 and in orbit since December 2018, it was doing a detailed survey of the surface to map and select the best sample collection site. OSIRIS-REx will deliver the samples to Earth in September 2023.

The detailed survey made while orbiting Bennu already provided data that enabled scientists to learn more about this asteroid. However, the analysis performed in the laboratory on collected samples will tell us much more about those small bodies properties.

In order to collect samples on Bennu, OSIRIS-REx unfurled its robotic 3-meter-long arm to contact the surface on a site called Nightingale. During contact, it fired a burst of nitrogen gas to stir up particles, some of which were captured in the sample acquisition mechanism. Then, the spacecraft safely backed away from Bennu (back to orbit).

Images captured after the collection revealed that the sample collector head appeared to be full of asteroid particles. Actually, too many rocks have been trapped and some of the particles are escaping the sample collector. It has then been decided to stow the samples as soon as possible (to minimize further loss) into the return capsule.

Let’s recall that the Hayabusa-2 spacecraft (JAXA) is right now on its way back to Earth from asteroid Ryugu (another carbonaceous object). Laboratory analyses will start on January 2021. Several IAS researchers collaborate to this Japanese mission. Comparing samples from Ryugu and Bennu will provide a great opportunity for the study of asteroids! 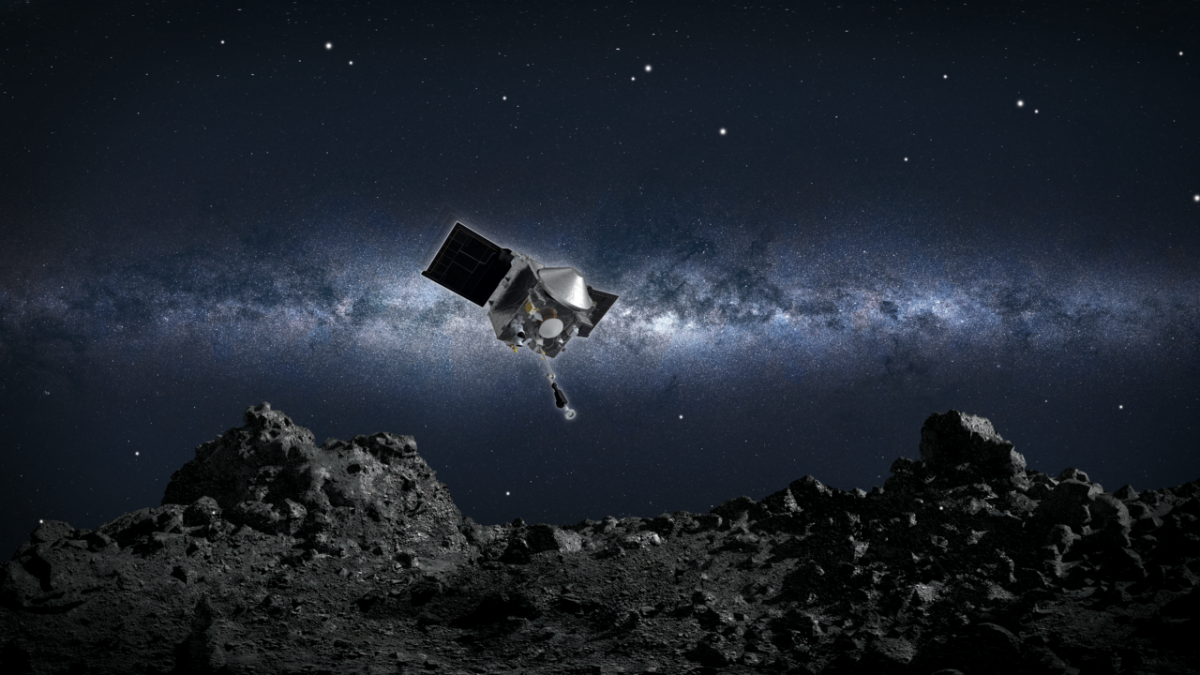 Fig 1 : Artist’s view of NASA’s OSIRIS-REx spacecraft in approach to collect a sample from the surface of asteroid Bennu. Credit: NASA/Goddard/University of Arizona

Fig 2 : Image (instrument OCAMS/SamCam) showing the head of the sample acquisition mechanism that touched the surface of Bennu. One can see pebbles escaping. Credit: NASA/Goddard/University of Arizona