A multidisciplinary team involving researchers from the IAS, the CIMAP, the IPNO, the GANIL, and Rio de Janeiro's PUC Catholic University has characterized in the laboratory the effects of heavy cosmic rays on the structure and sputtering of water ice in interstellar and planetary environments. These experiments are used to study phase changes induced by swift heavy ions, similar to the Galactic cosmic rays. They complement and extend the knowledge already obtained at lower energies. In addition to the ice phase change, these studies reveal the importance of water ice molecules released in the gas phase by swift heavy Galactic ions, or sputtering of interstellar ices present in dense and cold interstellar clouds.

Fig 1: On the left, model of porous amorphous ice before irradiation. On the right, model of water ice after compaction by cosmic rays and sputtering of surface molecules.
The laboratory simulations and measurements of processes induced by radiations observed in space allow constraining their importance. The objective of these studies is to provide data on the evolution of the interstellar material, to understand its further evolution and provide constraints for modellers of astrophysical environments. 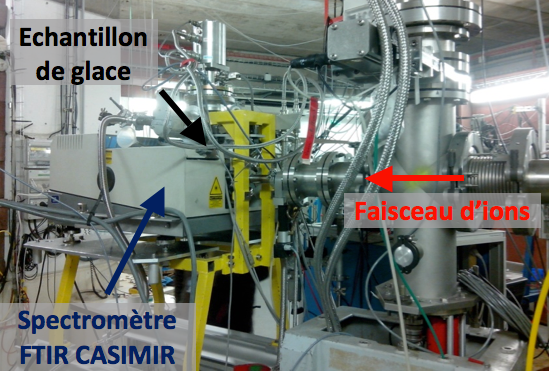 Fig 2: Overview of the experimental setup to study, using an infrared spectrometer (FTIR),
changes in ice samples structure bombarded with heavy ions delivered by the GANIL cyclotrons.
For these experimental simulations, water vapour is condensed as a thin layer of ice on a substrate maintained at a temperature at which the ice produced is crystalline or amorphous (at very low temperatures, the ice formed by condensation is disordered and porous). The effects of irradiation with swift heavy ions of the GANIL accelerator were then studied as a function of temperature by infrared spectroscopy, which has the double advantage of allowing to follow the structural evolution of ice and determining the number of molecules ejected in the vacuum. All operations are performed in-situ with a device developed by CIMAP.
Under irradiation by swift heavy ions, regardless of the initial state of the ice, crystalline or amorphous and porous, the irradiations lead to the same state: a compact amorphous ice, compaction of porous ice, however, being three times more effective than the compact amorphization of the crystalline phase. In space, the water ice formation mechanisms on the surface of interstellar grains, the UV irradiation or irradiation by cosmic rays, make the ice structure evolve toward a compact phase, which allows explaining that no porous amorphous ice has been observed so far.
These experiments show that among the particles in the Galactic cosmic rays, swift heavy ions of very high energy, although much less abundant, have a major impact because of their very high efficiency. The high sputtering yields, especially for water ice, are large relative to other gas phase feedback mechanisms such as photodesorption by the ultraviolet photons present in the space. They provide an effective feedback mechanism in the gas phase of a fraction of interstellar ice mantles present in molecular clouds. 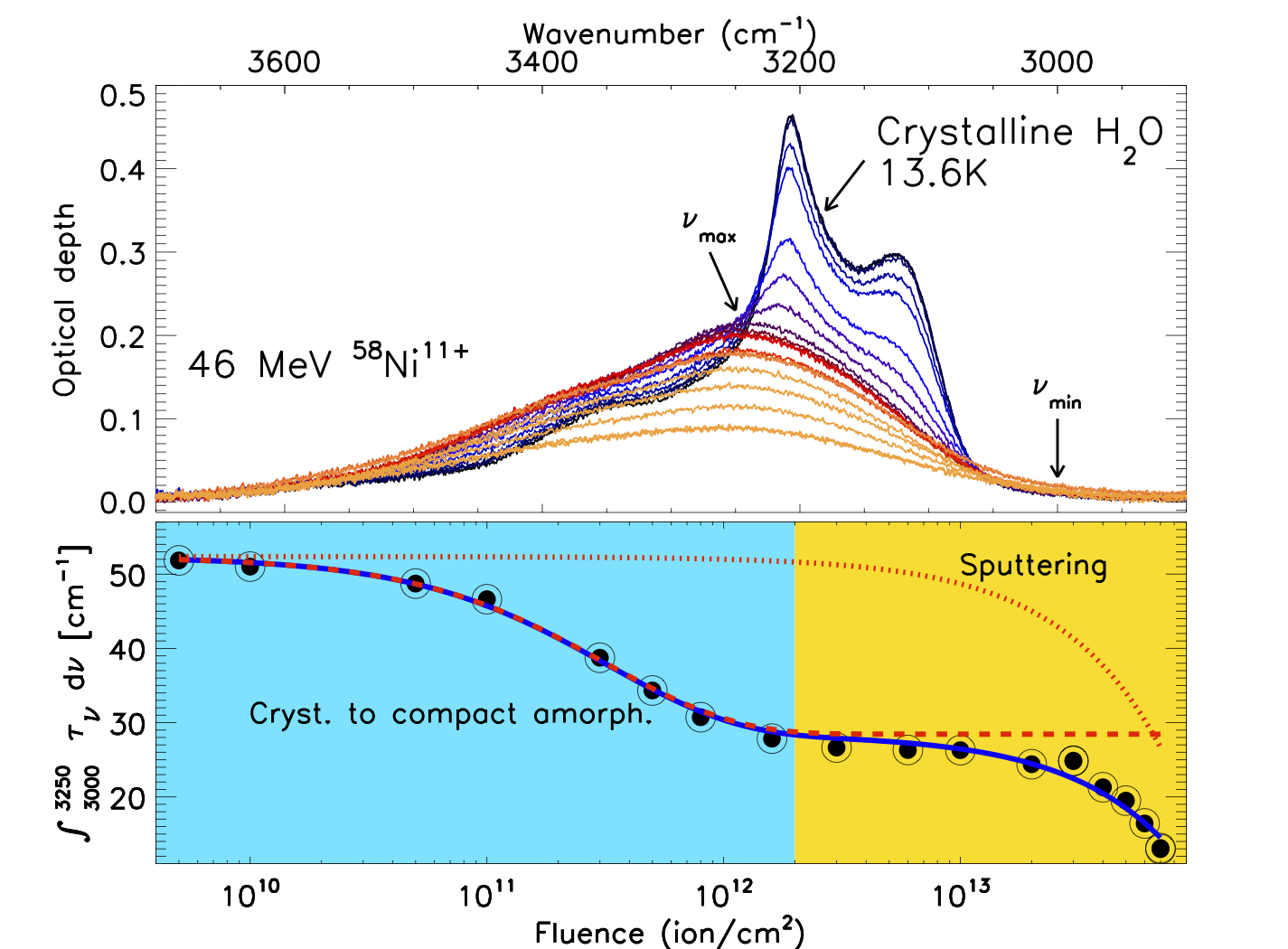 Fig 3: Top: low temperature evolution (13.6K) of the infrared spectrum of a crystalline ice film irradiated with nickel ions at an energy of 46 MeV. The absorption band corresponds to a vibration of the bond between the oxygen atom and hydrogen in condensed water molecule in the form of ice. The highly structured spectrum from the crystalline phase at the beginning, broadens and loses its structure under the effect of ions amorphizing the ice structure. This evolution is monitored during irradiation in the bottom panel by the change in intensity of this absorption as a function of the number of incident ions per unit area. Is observed at first a decrease of the associated intensity to amorphization of ice (which follows the law in red dotted line) and then at the end of irradiation, a decrease due to the prevalence of the ice sputtering mechanism, which ejects water molecules in gaseous form.
This experimental research is described in a series of articles, the latest published recently in the journal Astronomy & Astrophysics.
Contacts:
Emmanuel Dartois, Institut d'Astrophysique Spatiale (IAS), CNRS/Université Paris-Sud, Orsay, France. emmanuel.dartois@ias.u-psud.fr
Philippe Boduch and Hermann Rothard, Centre de Recherche sur les Ions, les Matériaux et la Photonique, CEA/CNRS/ENSICAEN/Université de Caen-Basse Normandie, Caen, France. boduch@ganil.fr, rothard@ganil.fr
Related references :
Heavy ion irradiation of crystalline water ice, cosmic ray amorphisation cross-section and sputtering yield, E. Dartois, B. Augé, P. Boduch, R. Brunetto, M. Chabot, A. Domaracka, J.J. Ding, O. Kamalou, X.Y. Lv, H. Rothard, E.F. da Silveira5 and J.C. Thomas4, Astronomy & Astrophysics 576 (2015) A125, doi: 10.1051/0004-6361/201425415
“Compaction of porous ices rich in water by swift heavy ions”, C.F. Mejía, A.L.F. de Barros, E. Seperuelo Duarte, E.F. da Silveira, E. Dartois, A. Domaracka, H. Rothard and P. Boduch, Icarus 250 (2015) 222 – 229, doi: 10.1016/j.icarus.2014.12.002
“Swift heavy ion irradiation of water ice at MeV to GeV energies, approaching true cosmic ray compaction”, E. Dartois, J.J. Ding, A.L.F. de Barros, P. Boduch, R. Brunetto, M. Chabot, A. Domaracka, M. Godard, X.Y. Lv, C.F. Mejia Guaman, T. Pino, H. Rothard, E.F. da Silveira and J.C. Thomas, Astronomy & Astrophysics 557 (2013) A97, doi: 10.1051/0004-6361/201321636
Notes:
The results were obtained through the installation of the experimental setup on the IRRSUD, SME and LISE beam lines at GANIL. This work was supported by the ANR project IGLIAS as well as by INSU, INP, CNRS and the University of Caen, University of Paris-Sud, and PUC Catholic University of Rio de Janeiro.