Monday, April 10, at the headquarters of JAXA (the Japanese space agency) in Tokyo, J-Y. Le Gall, President of CNES and N. Okumura, his counterpart at JAXA, signed a scientific and technical cooperation agreement for the MMX exploration mission to Phobos and Deimos, the two moons of Mars. The primary objective of this mission, which is scheduled for launch in 2024, is to characterise the properties and composition of these two objects in order to determine whether they are derived from asteroids in the outer belt (the carriers of volatiles: water and carbon compounds), or objects re-accreted after a giant impact with Mars, as per the origin of the Earth's Moon.

In each case the mission will provide critical information to enable us to constrain the dynamics of the formation of the solar system, which is at the origin of the extraordinary diversity of the planets as they appear today. With this aim in mind, the MMX mission will include a main module, which will remain in orbit around Phobos to characterise its structure and composition, and then perform similar measurements on Deimos, during overflights. It will then land to collect samples that will be returned to Earth for analysis. Finally, a mobile spacecraft could be deployed on the surface, to extend the measurements at ground level on a microscopic scale.

The signed agreement includes three contributions from CNES: the procurement of one of the main instruments of the probe (an infrared hyperspectral imager, MacrOmega, developed under the responsibility of IAS); the contribution of spacecraft teams (CNES Toulouse) to the preparation of flight operations; the study of the mobile spacecraft instrumentation, which would be developed under the responsibility of CNES. Overall, this is an important framework agreement, in the sense that it associates CNES with one of the most ambitious missions of the next decade in the space exploration of the solar system. Fundamentally, and scientifically speaking, MMX will use major technological improvements, both in instrumentation and in the realisation of onboard systems (in particular a miniaturised high performance rover), with an automatic module for the collection and return of samples. The IAS will be largely associated to MMX, through the development of MacrOmega and from the participation in the scientific definition of the rover to the analyses of samples that will be brought back. 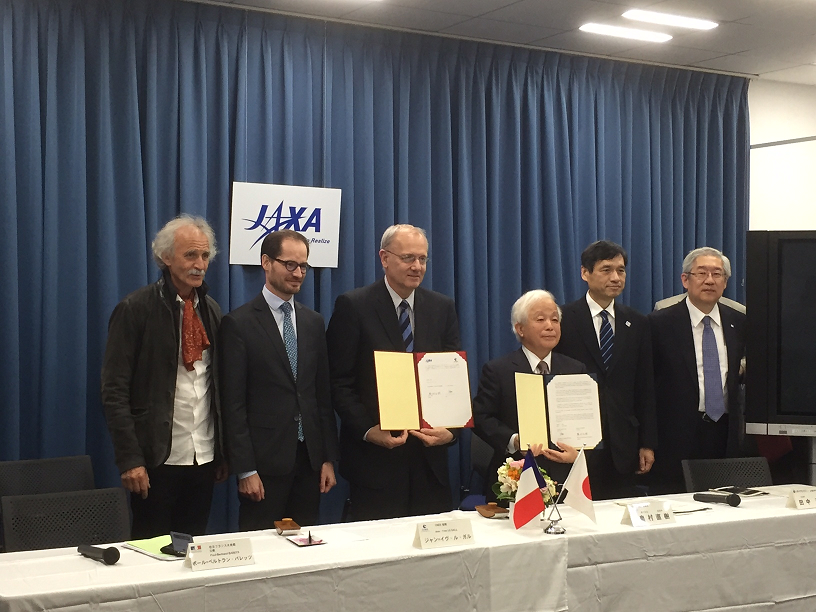