In situ images of 67P/Churyumov-Gerasimenko acquired by the 7 CIVA cameras on board Philae revealed a singular, unexpected, and very irregular landscape dominated by consolidated materials. Following a detailed study, this landing site provided a unique opportunity to constrain the past and present conditions prevailing at the surface of the comet.

A quantitative analysis of microscopic structures, namely fractures and grains (also called pebbles) visible at the spatial resolution of CIVA images (> 1mm / pixel) was performed and then put into the geological context of the landing site recently imaged by OSIRIS/Rosetta (Fig. 1), confirming a very-well preserved site. The observed fractures (up to more than 10 cm in length) are interpreted as being the result of variations in exposure leading to thermal fatigue and / or to slow sublimation of volatiles. This surface fragmentation could generate a macroscopic erosion that is actually observed at a larger scale by Rosetta.

The size distribution of pebbles resolved by CIVA (Fig. 2) is significantly different from that of particles of the coma reported by different instruments of Rosetta and cannot be explained by any known modern surface processes. This suggests that these pebbles could be remnants of the primordial accretion of the solar system. The presence of these potentially primordial grains are in favor of the pebble accretion model that was introduced about ten years ago to solve some problems such as the "1m-barrier" one resulting from the coagulation or hierarchical classical model. Moreover, the pebble size range constrained by CIVA images indicates a formation of the comet in the outer regions of the solar system, which is consistent with other measurements such as the D/H and N2/CO abundance ratios. What will be the next step? The recent OSIRIS images will help to build a digital terrain model of the landing site at 20 cm spatial resolution. This terrain model will then be combined with CIVA images and will ultimately refine the understanding of the landing site characteristics. This work is done in collaboration with the LAM and CNES. 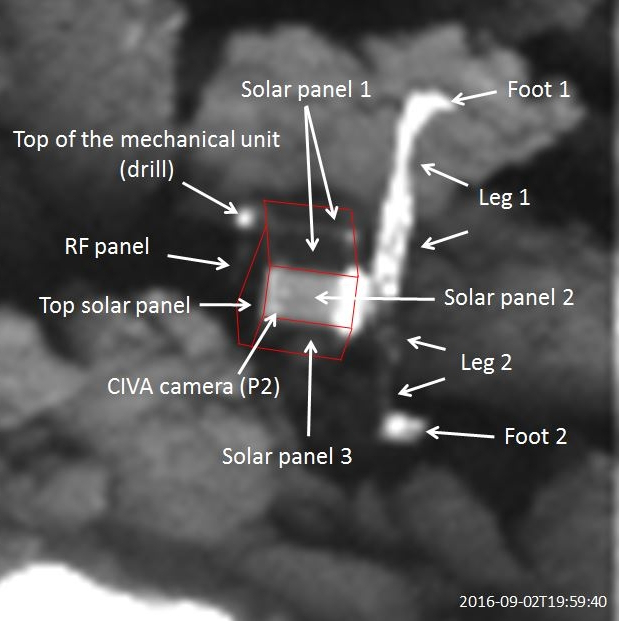 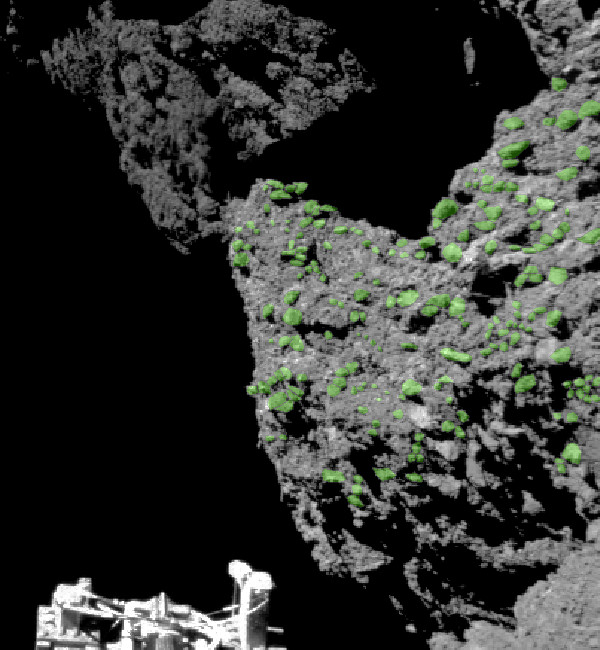 Fig. 2: Zoom on a CIVA image (camera 3) showing the presence of particles (in green) potentially indicating accretion processes in the solar system.