Another milestone for PLATO

The PLATO project has reached a new decisive stage in the development of the calibration structure for the cameras intended for flight at IAS. The first EM (Engineering Model) camera to be calibrated by the three Test Houses of the PLATO consortium has just arrived at the IAS. This measurement campaign will allow the three production sites to be validated with the same functional camera, which is a prerequisite for being authorised to host all the flight cameras (10 in total: 7 normal cameras and 3 fast cameras).

This complete camera has just been integrated into the SATURNE tank at the IAS Calibration Station. The calibration campaign started on 1 July and should end on 2 August. 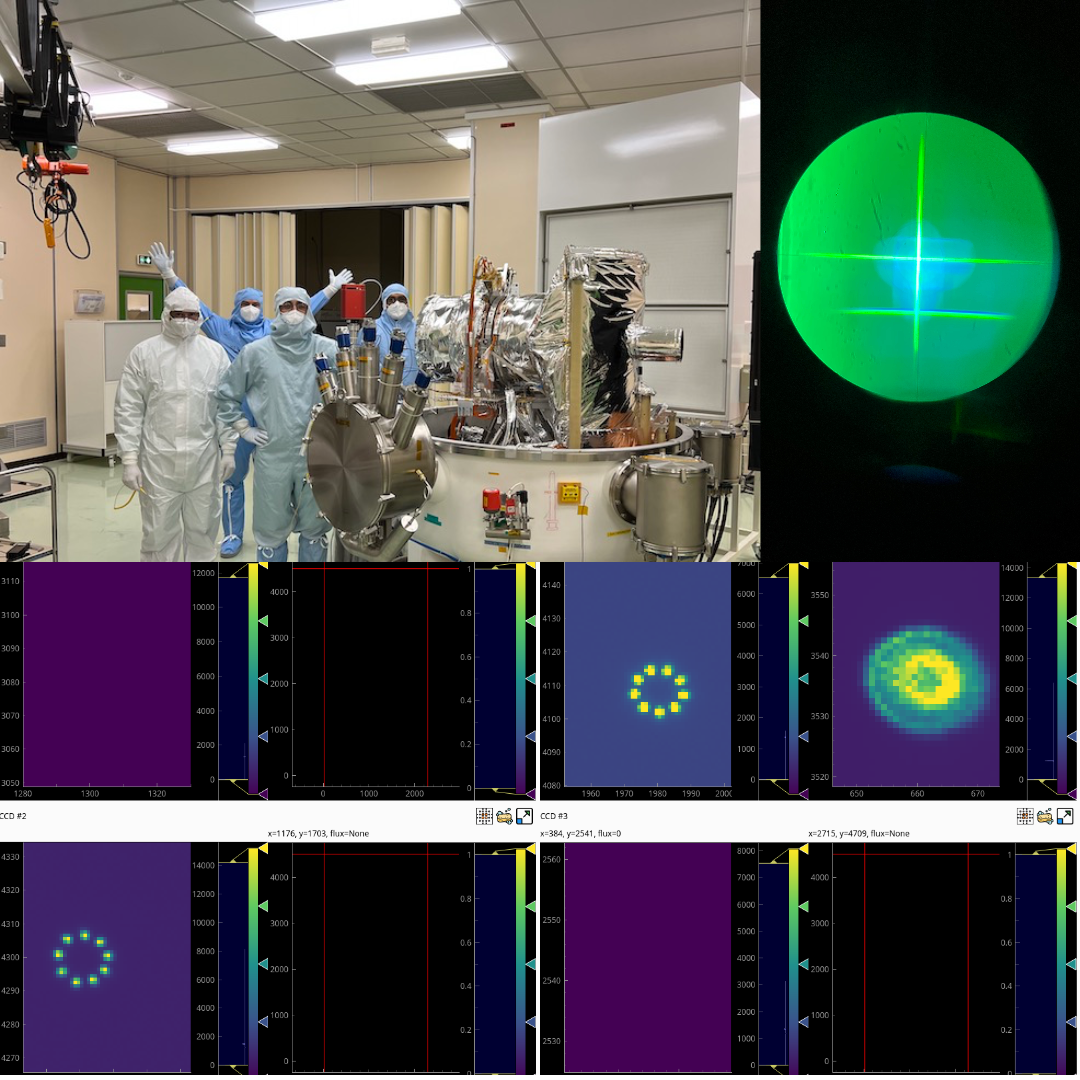