The Planck mission, an essential milestone in the history of cosmology

The Planck collaboration has just published its last series of articles, for a total of 164. These papers have been cited more than 90,000 times, which demonstrates the long lasting influence of this experiment for cosmology, including the study of the mass of neutrinos, the density of dark matter, the characteristics of primordial fluctuations, the formation and evolution of galaxies and clusters or even the magnetic field of the Milky Way.

The Planck satellite was launched in 2009 with two instruments: the Low-Frequency Instrument (LFI), under Italian responsibility, and the High-Frequency Instrument (HFI), which has been designed, produced, operated, and analyzed under the responsibility of Jean-Loup Puget and the IAS. Physicists and astronomers from all over the world still use Planck measurements, and combine and compare them with any new cosmological measurement.

Our understanding of the history of the cosmos is punctuated by a few rare discoveries and essential observations. The Planck mission produced one of them: the “ultimate” map of the intensity of the cosmic microwave background (CMB), a kind of luminous echo of the Big-Bang. "Ultimate" because it covers the whole sky and reveals even the smallest signals of primordial origin with extreme sensitivity. 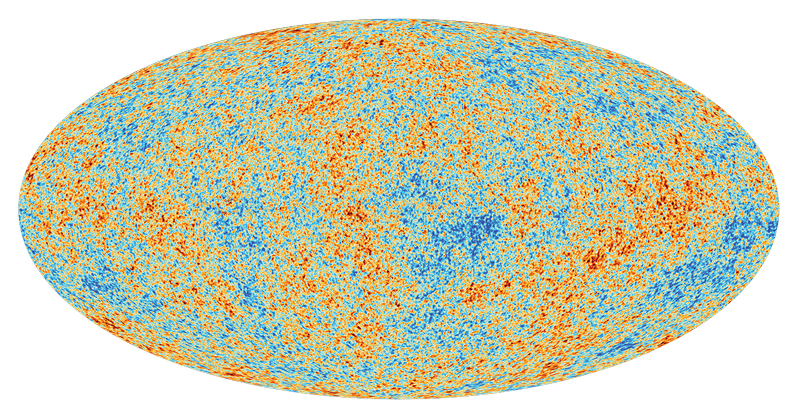 This mapping of the sky was carried out by a collaboration of astrophysicists, physicists, instrumentalists and engineers: it was the combination of their expertise that made this success possible. It is undoubtedly the first of a series of very large collaborations in astrophysics. This map made it possible to firmly anchor the cosmological model and to determine accurately the value of the six parameters which are sufficient to describe the content and the dynamics of the Universe as well as the origin of its structures.

Other observations, often pioneering, also brought a new vision of the evolution of the structures of our Universe, from density fluctuations at the primordial times to our own galaxy. IAS researchers carried out in particular studies on:

The French website of the Planck collaboration provides a summary of the main contributions to: